It might not look much, but that light curve was caused by the most distant known object in the solar system, Eris, passing in front of an 18th magnitude star. It’s only the second event involving Eris ever recorded, the first had two observations made by professional observatories in Chile, and the first ever by an amateur. 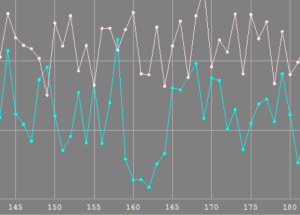 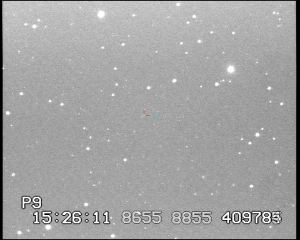 The event lasted for 60 seconds in the small hours of Friday the 30th of August and was made difficult by fog building up during the night making it harder and harder to see the target star! Fortunately there were enough photons hitting the camera to show what looks like a curved profile on the light curve that hints that Eris, like Pluto, has an atmosphere although previous observations didn’t give the impression of a curve and there are plenty of other less exotic explanations (such as low fidelity data!). We’ll just have to wait patiently until the next and hopefully brighter event when we can get much more data. One thing’s for sure: this observation will enormously help refine the known orbit of Eris, and make the next prediction even better!

Well, more simply an Asteroid Occults a star. I did this video for the Slooh team as a little bit of scientific outreach. Check out their narration here:

It’s important to get the word out: We need more Shadow Chasers, come play with us!